Company to Offer the Energy Recovery System at a Reduced Price Beginning April 1, 2007

Lake Zurich, IL, March 28, 2007 – AUTOTHERM® has announced that a new slogan, has been added to its corporate identity.

AUTOTHERM® developed this slogan to ensure that consumers and customers realize the positive impact of the Energy Recovery System (ERS) product on the environment and cost of operation.

The diesel engine industry has described efforts to reach zero emissions from their engines as “Green Diesel Technology.” The “Green” terminology has been used by other industries, including the Environmental Protection Agency (EPA). The trademarkedlogo references the products dual role in saving the environment and contributing to transport profitability enabling a vehicle’s existing heater to operate in cold weather this unique no idle technology eliminates the need to idle a vehicle’s engine while loading or unloading and during meal, rest, paperwork and fueling stops. By recovering the waste energy generated during driving, the AUTOTHERM® System becomes the most “Green” no idle technology available. Since it burns no fuel, it creates no pollution!

The same ERS can also be used in warm weather to keep excess heat from building up in a stationary cab and providing cab ventilation with the AUTOVENT™ feature. All vehicles, especially diesel-powered vehicles, are large contributors to air pollution, making air unhealthy to breathe and increasing health care costs. Eliminating these pollutants will go a long way toward ensuring that the world remains a beautiful and “Green” place to live.

To kick off the new corporate slogan, AUTOTHERM® is offering the Standard Model Energy Recovery System T-2500S for nearly a 25% discount off the list price, starting April 1st, 2007 and continuing through July 31st, 2007.

The advantage to purchasing the Energy Recovery System during the promotional period is the ability to have the unit(s) installed during the summer months. This gives customers the ability to take advantage of the System throughout the entire heating season. The typical return on investment (ROI) for the ERS in a commercial application is 2 to 6 months. The customers who take advantage of purchasing a T-2500S at the promotional price will be able to realize their ROI in a shorter time frame. To take full advantage of the April to August promotion, contact your local Dealer or the factory at 847-726-1717 ext 12. 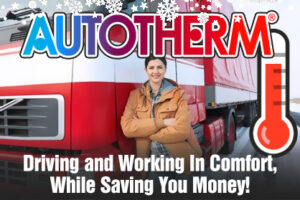 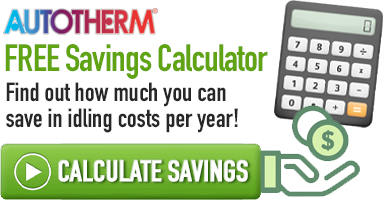